Find resources to advance your career or business

How Your Retirement Savings Compare 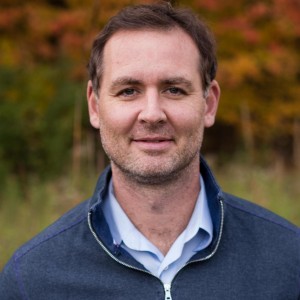 Many unique factors that will determine your lifestyle in retirement, but your savings is going to have the biggest impact.  Your ability to retire when you want, and in the style you want will depend on your nest egg.  So it’s a good idea to make sure you are keeping up with milestones that experts agree you should be meeting by certain ages.  It’s also interesting to compare retirement savings to others in your peer group.

While this comparison can be an interesting data point, keep in mind that when it comes to retirement savings, being average does not mean you are necessarily in a good position.  As you will see with some of these statistics, people need to be putting more money away sooner.

Retirement Savings in Your Twenties

You will find some different models out there telling you how much you should have saved by certain ages.  Fidelity uses a simple model that says by the time you are age 30, you should have one year of your salary saved.

According to the latest report by the Transamerica Center for Retirement Studies, the estimated savings for workers in their twenties is $16,000.  That may seem low, but many workers have recently entered the workforce, and have time to build up retirement savings.  The key is ensuring they do so at the youngest age possible to benefit from years of compound growth.

This same study found that 67% of workers in their twenties are already saving.  This is true even though many of them have large debt like student loans and credit cards.  Twenty-something also seem to have a healthy fear that social security will no longer be available for them.  They understand that their main source of income in retirement will come from 401k’s, 403b’s, and IRA’s.  While we hope that isn’t true, it may be best if this group plans for such a scenario.

Retirement Savings in Your Thirties

In your thirties, that same Fidelity model recommends  you save twice your annual salary by the age of 35.  That means you will likely need to have accelerated the rate at which you are saving.  This is not only because your salary is higher, but the multiple is growing quicker.

According to the Transamerica Center, 76% of this group is saving for retirement via an employer sponsored plan, or another account outside of work.  Among those participating in 401k’s, 30 percent are contributing at least 10% of their annual pay.  Those seem like encouraging numbers, reflecting this generations understanding social security may not be there for them.

This study also finds that the average person in their thirties has $45,000 saved towards towards retirement.  So that tells you how you might be doing compared to someone in the same age group.  But does it meet the standards laid out by our Fidelity model?  According the the Bureau of Labor and Statistics, 25-34 year old’s with full-time employment, earn a median of $41,236 per year, and those age 35-44 earn $51,272.  If you should have twice your earnings saved, we might expect to see median savings closer to the $80,000.  This indicates people in their thirties are already falling behind when compared to expert recommendations.

Retirement Savings in Your Forties

If not already, you had better become deadly serious about saving for your retirement now that you’ve hit the big 40.  On top of that savings, many people have now started a family which comes with a lot of expenses.  Many people in this age group will have purchased a home, have childcare expenses, and have started saving for college.

The average savings for someone in their forties is $63,000, an increase of just $18,000 compared to a decade earlier.  This is a smaller increase in total dollars than what we saw from twenty’s to thirty’s.  That makes some sense when you factor in the increased expenses that we highlighted above.  The problem with that number is that people are starting to fall further behind the recommended savings levels.  At the age of forty, fidelity recommends having three times your salary, and four times by age forty-five.

This also bared out in the Transamerica Center study which found that only 10% of this age group is confident they will be able to retire with a comfortable lifestyle.  Many are paying down credit card and other debts, and are already prepared to work past the age of 65.

Retirement Savings in Your Fifties

By the time our fifties roll around, retirement is really starting to move to the forefront of many peoples mind.  While the average savings of $117,000 is a nice increase from the forties, it still leaves most workers behind the game.   This will make most peoples fifties a major time where building up retirement savings is necessary.  That said, there are still large expenses out there for many, like college and mortgages, often times making it harder to save for retirement.

According to studies, a whopping 59 percent of workers in this age group intend to work past the age of 65.  That’s a large indicator that realities of retirement have started to set in with this demographic.  It’s a also a clear indicator that many realize they’re not saving enough to reach their goals.

That said, workers in this age group are saving at a high rate, with 83% contributing to a 401k if it is offered.  So people are trying hard to get where they need to be.

Retirement Savings in Your Sixties

By the time we get to workers in their sixties, many of whom are close to or past 65 years old, the research shows that a large percentage, 82% plan to work past the age of 65, or do not plan to retire at all.

With an average savings of $172,000 in the bank, and the possibility of major health and/or other expenditures becoming an issue as we age, it makes sense that many are worrying about retirement.  Even keeping a part-time job to ensure health benefits for a certain period of time is something people are now forced to think about.  In fact, the Transamerica study found that 52% of workers plan to continue working in retirement, mainly for the purposes of income and health benefits.

It’s important to remember that seeing how your retirement savings compares to your peers does not necessarily equal success.  When over 80% of the current demographic closest to retirement does not think they will have enough saved, it’s clear you need to be far ahead of the average saver through life to be prepared.

Also keep in mind that most of these statistics, especially average values, are disproportionately skewed by those in the 90th percentile and up when it comes to earnings and savings.  Because income inequality has been increasing, that means there are a lot more people below the average value than there are above it.

In the end, you should try your best to put a plan on paper.  Ideally use a professional financial plannerto help lay out where you want to be for retirement and by what age.  If at all possible do this early in your career, and start contributing to your retirement accounts early.  It’s a lot harder to make up for lost time later in your working years.